Residents of communities across the three senatorial districts of Ekiti State were excited Thursday with the flag off of the construction of 1,000 kilometres of rural roads by Governor Kayode Fayemi

The project which took off with six pilot roads namely: Ogotun-Alagbede Road, Kajola-Ago Aduloju Road, Iyin Odo Oro-Aroto Road, Itaji-Orisunmibare Road, Oke Ako Farm Road and Imesi Kosomolate Road, with others to commence in due course, is a huge relief to the people as it would open up most access roads linking the communities to the farms and encourage more people into agriculture.

The project is seen as another dividend of democracy by the Governor who stated that it was part of the fulfilment of promises to the people of the state during the electioneering for the 2018 governorship election.

Represented by the Deputy Governor Otunba Bisi Egbeyemi, the Governor explained that the roads, when constructed, would stimulate the grassroots economy, provide access to markets for farm produce and prevent post-harvest losses incurred by farmers.

Fayemi stressed that his administration was committed to harnessing the potentials in the agricultural sector for the economic development of the state in addition to the pursuit of the vision to make Ekiti the food basket of the Southwest region of Nigeria.

“The vision of this administration is to construct 1,000 kilometers of rural roads across the 16 local government areas of the state with a view to increasing farm produce for local and foreign income earnings.

“You are all aware that the state government is embarking on the construction of a cargo airport to help transport our farm produce to other parts of Nigeria and other countries.

“This is in the readiness for sufficient food and cash crop production that would allow inter-connectivity and boost the capacity of our farmers.

“I therefore urged all members of the benefiting communities to relate warmly with the contractors handling so that the work can be hitch-free. Not only that, the cordial relationship will also spur the contractors to deliver optimally and to specification.”

The Governor pointed out that work is already in top gear on the new Ado-Iyin dual carriageway, Aramoko-Ikogosi Road, Oye-Iye-Ikun Road, Agbado-Ode-Isinbode-Omuo Road and Ilupeju-Ire-Igbemo Road with the Ado Ekiti Ring Road project coming on board soon.

“Ekiti Kete, we are embarking on all these life touching and changing projects not because we have excess resources, but for the passion we have for the development of our dear state despite the little resources,” he added.

Fayemi further disclosed that his administration intends to set up Ekiti State Rural Access and Roads Agency (EK-RARA) and the State Road Funds (SRF) with a bill to that effect already before the House of Assembly.

Ekiti RAAMP Coordinator, Hon. Adunmo, said the commencement of the project was a testament to the commitment of the Fayemi administration to developing the agricultural sector and making life more comfortable for rural dwellers especially farmers.

Adunmo said contractors handling the project have been instructed to engage local artisans and workmen in the construction to benefit the communities, empower residents and give them a sense of belonging.

He recalled that Fayemi, during his first tenure, touched all communities in the state with at least two developmental projects each including construction of five kilometres in each of the 16 local government areas.

The National RAAMP Coordinator, Engr. Mohammed, assured the Governor of the commitment and support of the national office of the agency under the Federal Ministry of Agriculture and Rural Development in supporting the initiatives of his administration in transforming rural communities.

He hailed the Governor for the provision and timely release of counterpart funds to the State Project Implementation Unit noting that the gesture would give Ekiti advantage over other States in project implementation.

Engr. Mohammed disclosed that the overall objective was to revamp the agricultural sector to boost the much-needed self a sufficiency in food production, poverty reduction, reduction in post-harvest losses and provision of amenities like schools, hospitals, electricity etc. 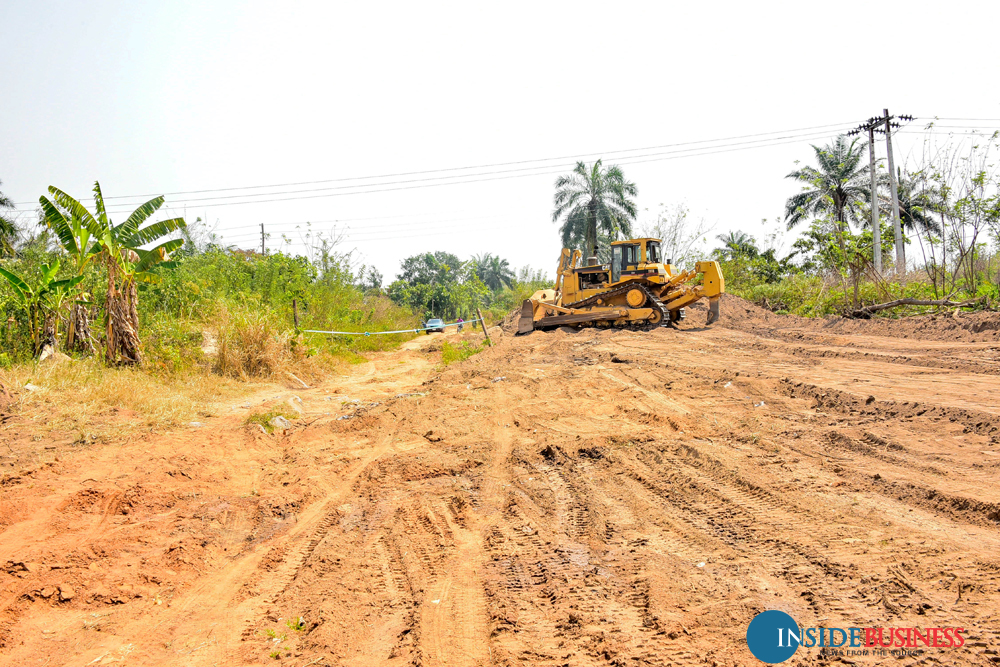 INEC Gets 60 Convictions From 125 Electoral Litigations

CBN Act Under Works To Stop Governor, Others From Partisan Politics.