The opening of the school in partnership with the Federal Road Safety Corps (FRSC), the Company management reasoned, would also make the drivers become better road users.

The Academy, which was officially commissioned by Corps Marshal of the Federal Road Safety Corps (FRSC), Boboye Olayemi Oyeyemi, was characterized as historic and unique.

The new Academy for truck drivers, according to the Corps Marshal, is a significant step forward that will benefit not only the Dangote Group but Nigeria as a whole. 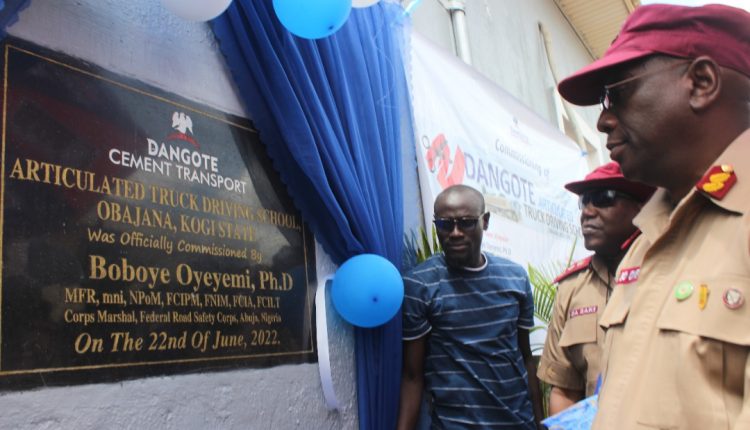 He said: “This is what we’ve been waiting for. You made it. I have observed that Dangote has done a lot to address truck crashes and I must commend them for this.”

He extolled the conglomerate for leading other companies on this path, saying the new school will play a key part in the country’s efforts to make roads safer.

He said he had suggested such a school long ago, adding that he is happy that the school has come to fruition.

In his remarks, the National Director, Logistics of the Dangote Cement (Transport section) Juan Carlos Rincon, said the new school is an expression of the determination of the company to bring to halt the incidences of auto crashes in the country.

Speaking also Executive Secretary National Board for Technical Education (NBTE) Professor Idris Bugaje who was represented by Engr S.M. Yusuf, said the NBTE will partner with the Dangote Cement Plc for a successful accreditation and takeoff of the new school. 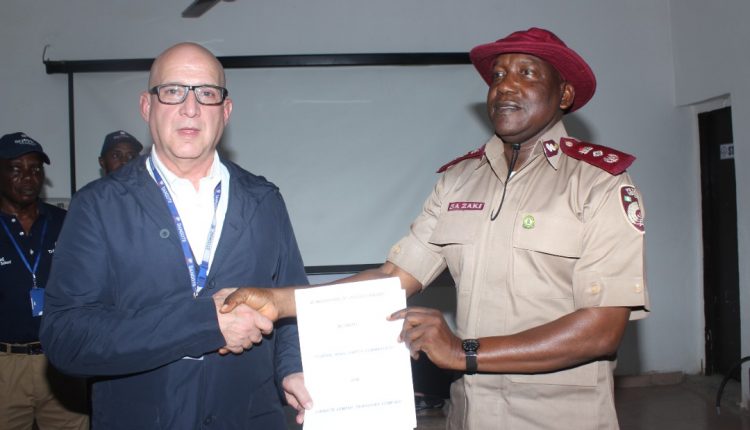 In his remarks, the Bajana of Obajana, Oba Idowu Isenibi said he was optimistic that the school will help address auto crashes in the country, even as he described the President of the Dangote Group Aliko Dangote as a “rescuer and God sent to their communities that should be emulated by other investors in the country.

Speaking in the same vein, the Olu of Akpata Oba Frederick Balogun urged other investors to emulate the company.

Both the Dangote Cement Transport and the FRSC signed a Memorandum of Understand (MoU) on how to cooperate to ensure that the school is a success.

In the same vein, Dangote Cement organized thorough block moulding training for block makers in both Kano and Katsina states respectively. This, according to the company is to ensure that the blocks moulded for building constructions are strong, reliable, and durable, noting that some block makers do not know how to make strong and reliable blocks. 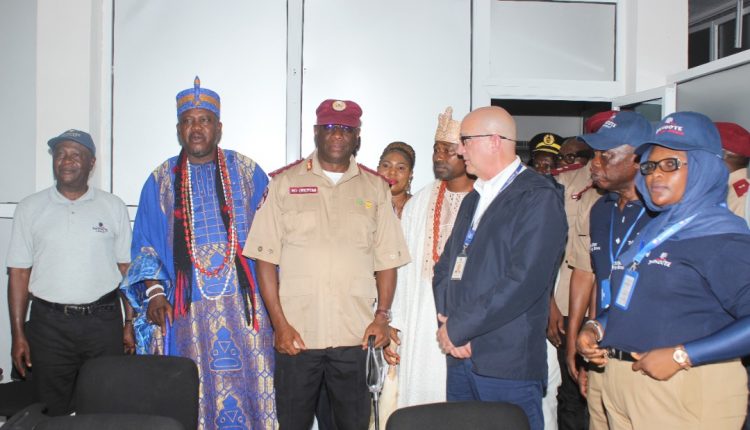 The Coordinator of the programme, Johnson Olaniyi, said the workshop would allow the block moulders and allied product manufacturers to once again build capacity and adhere to global best practices.

Olaniyi said the Dangote Cement Plc is desirous of reversing the trend of collapse building through the capacity building of block manufacturers.

Meanwhile, government representatives, quality regulators, cement dealers, block makers, and end-users have come to an accord that Africa’s cement giant produces the best quality of cement on the continent.

The stakeholders who attended the meeting also said the ongoing nationwide workshop and sensitization of block manufacturers will help check the menace of collapsed buildings in the country. 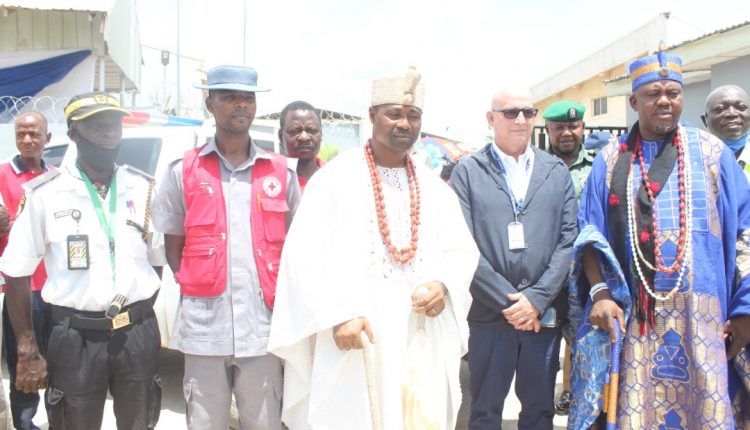 Speaking at the workshop in Kano, representatives of the Kano State Government Muhammad Garba Kwall said that Dangote Cement Plc is not only the biggest company but produces the best quality in Africa.

He described the company as socially responsible and that’s why it is giving back to society through the sensitization workshop and creating various platforms for educating end users to mitigate the incessant incidences of collapsed buildings in the country.

In the same vein, The Kano State Coordinator (II) of SON Engr Hauwa M. Husseini urged the block moulders to comply with standard practice to prevent the menace of collapsed buildings in the country.

Speaking also, Regional Sales Director for Northwest Aliyu Dan Aliyu urged participants to be ambassadors by telling their customers about the quality of the cement.

He said: A customer who wants to build a house, doesn’t know the quality or type of cement to use. It is the responsibility of the builder to advise him on the best items to use for quality building.

Sustained Rise In Food, Energy Prices May Accelerate Inflation To…