Africa No Filter, a donor collaborative working to transform stereotypical narratives of Africa, has launched the Tony Elumelu Storytellers Fund.

Named after African business leader and philanthropist Tony O. Elumelu, the Fund will award grants to emerging artists and storytellers, whose work shines a light on entrepreneurs and entrepreneurship in Africa.

The $30,000 fund is sponsored by Heirs Insurance and Heirs Life Assurance, the insurance subsidiaries of the pan-African investment group, Heirs Holdings.

Tony Elumelu, Chairman of Heirs Holdings and Founder of the Tony Elumelu Foundation, has led the championing of entrepreneurship in Africa and has empowered over 15,000 young African entrepreneurs across the continent through a $100 million commitment made by his Foundation.

The Tony Elumelu Storytellers Fund is a standalone initiative and an extension of his commitment to catalysing a redefined African success story, powered by Africa’s youth and their creative ideas. 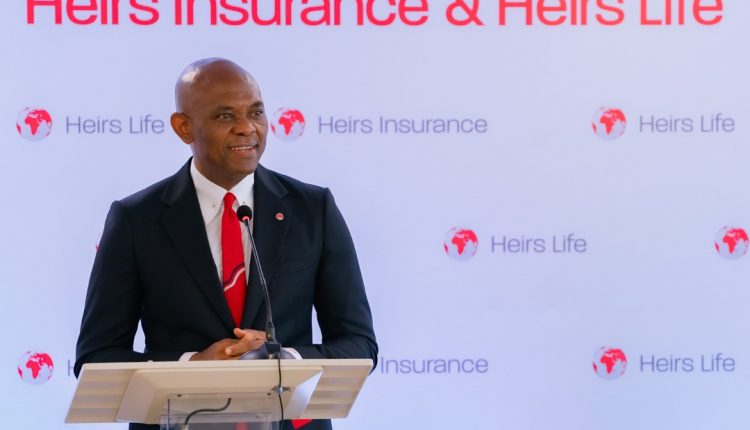 The Fund calls on journalists, filmmakers, content producers, and visual and performing artists to submit multimedia creative ideas, that tell the stories of inspiring entrepreneurs and showcase the true and positive spirit of entrepreneurship in Africa. Applicants must be aged between 18 and 35 years, living on the continent or in the Diaspora.  They must have a platform or portfolio of work that shines the light on entrepreneurship in Africa.

Speaking on the Fund, Tony Elumelu said: “I have always believed in the potential of young African entrepreneurs to transform Africa. This initiative aligns with our beliefs and extends the work that we do at the Tony Elumelu Foundation.  Empowering young creative entrepreneurs and the creative sector provides a channel for us to project Africa’s positives globally.  We need their voices to tell our often less-told stories of triumph, resilience, hard work and innovation.”

Moky Makura, Executive Director at Africa No Filter, said: “Our partnership Is significant because this is the first African funding we have received towards the fight for narrative change.  We are also excited to be partnering with one of Africa’s leading entrepreneurs to celebrate entrepreneurship on the continent through storytelling.  We need more success stories, more awareness and more celebrations around entrepreneurial ideas and the dynamic young people driving change here 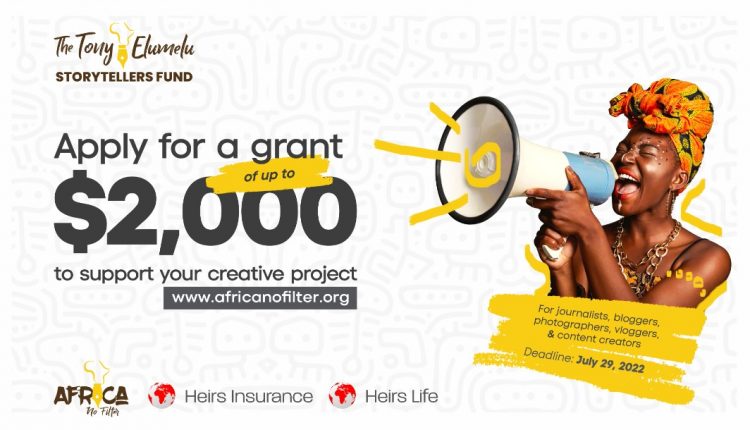 Ifesinachi Okpagu, Chief Marketing Officer, Heirs Insurance and Heirs Life, said: “We are pleased to support this initiative that directly impacts the lives of young African creatives. As frontrunners of digital innovation in the insurance space, Heirs Insurance and Heirs Life both recognise the important role the creative sector plays in transforming Africa’s narrative. We are on the same transformative path, and this initiative clearly demonstrates that the ideas that we need to boost Africa are right here on the continent.”

The Fund is open for applications on the Africa No Filter website with a closing date of 29 July 2022 and Inquiries can be made at Lerato@africanofilter.org

Africa No Filter is a donor-collaborative shifting stereotypical and harmful narratives within and about Africa through research, grant-making, community building and advocacy by supporting storytellers, investing in media platforms, and driving disruption campaigns.

Heirs Insurance and Heirs Life are the insurance subsidiaries of Heirs Holdings, a pan-African investment group, with a portfolio, spread across 20 African countries and three continents. Both companies are leading the digital insurance play in Nigeria and are on a mission to democratise access to insurance. Heirs Insurance and Heirs Life are committed to providing simple, quick, reliable, and accessible services while offering life and general insurance plans that address the needs of individuals and organisations.