When the deal to acquire Union Bank Uk Plc finally sailed through, Fidelity Bank Plc would have grown its total net worth to N3.82 trillion.

The bank had recently disclosed its intention to acquire 100 per cent of UBUK, an incorporated and regulated commercial bank, wholly owned operating subsidiary of Union Bank Nigeria (UBN).

According to Fidelity Bank, UBUK’s total asset stands at $288 million, which totals N122.56 billion when computed by the Central Bank of Nigeria’s (CBN) exchange rate of N425.55 to a dollar as at September 2.

A look at the Fidelity Bank’s financial records show that its total assets grew from N1.38 trillion as at December 31, 2017 to N3.69 trillion as at June 30, 2022. This figure indicates that the bank more than doubled its net worth by 167.74 per cent in the last five and half years.

The only Tier-1 bank in Nigeria with no business operation outside the shores of Nigeria until the move to acquire UBUK, Fidelity Bank total asset stands as the number sixth position behind other tier-1 banks commonly known as the FUGAZ.

It should be noted that Access Bank, UBA and GTCO are yet to release their half year 2022 results, hence their total assets were computed based on their first quarter 2022 financial position.

A mid-capitalised bank that came into the Nigeria banking space in 1988 with a merchant banking license, Fidelity Bank has over the years, grew into a full-fledged commercial bank armed with international banking license amassing over 250 branches that cut across the landscape, an Investment and Portfolio Analyst, Abel Ezekiel, said.

Ezekiel who seems to have joined other analysts to welcome the acquisition of UBUK by Fidelity Bank, said for a bank with international licence not to have its foot outside the country is abnormal.

“International exposure gives more visibility, clout, and enhances business opportunity, among others. So such a move is a welcome development and hence reason CBN gave them a ‘ No Objection’ to the deal”

Speaking on the benefits to shareholders, Ezekiel said the acquisition would bring about robust earnings, capital appreciation on anticipated growth in dividend payout, value addition among other benefits.

“For Fidelity with an international banking licence but unable to set its foot outside the country, this will serve as an opportunity to break the barrier. Also according to the bank management, they intend to move the bank into the top echelon of Tier-one bank by end of year 2025 and this one of the steps of achieving that

“Also Union Bank UK already opened since 1983 has been known to give Fidelity Bank a quick inroad into the UK banking system without much hassle leveraging the existing customer, client and businesses.”

Therefore the merger or acquisition will boost the image of the bank, create value for its stakeholders and enhance its dividend payment to the shareholders, Ezekiel also said. 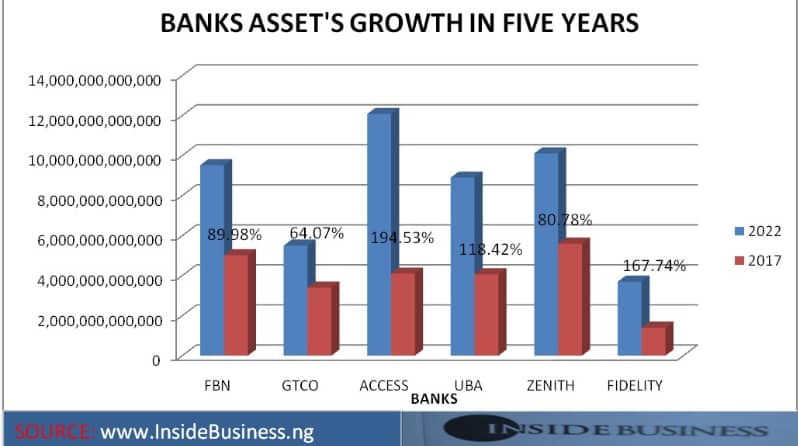 Bitcoin Fell Below $20,000 While Ether Continues To Add To Its Price