The Minister of the Federal Capital Territory, Muhammad Musa Bello, has expressed deep sadness over the death of the acting Secretary for Education, FCT Administration, Umaru Marafa.

Marafa died on Monday, 28th September 2020, after a brief illness.

Bello described the late civil servant as a dedicated, resourceful and hardworking officer who devoted a greater part of his working career to the service of the FCT Administration.

The FCT Minister also condoled with the Government and people of Niger State and the Kontagora Emirate where the late Umaru Marafa was a prince. 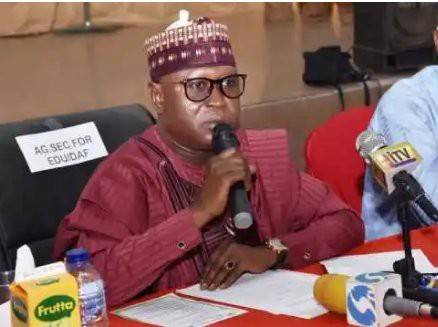 He prayed for the repose of his soul and fortitude for his family over this great loss.

The late Marafa held several strategic positions in the FCTA, including, Head of Finance at the Abuja Geographic Information System (AGIS), Director of Administration and Finance at the Social Development Secretariat and Acting Secretary, Education Secretariat, a position he held until his death.